Freestyle Libre 3 is here and it’s next level!

The Freestyle Libre 3 is here and it’s next level.

The Freestyle Libre 3 is made by Abbott Laboratories which specialize in medical technology devices and nutritional foodstuff. 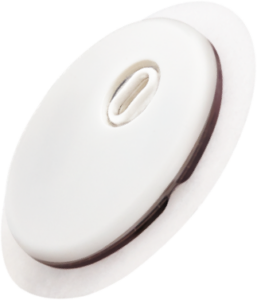 The Freestyle Libre 3 is the Third-generation version of this CGM. A third-generational product is like a television show in its third season. This usually happens when the show has received enough positive feedback that the production company and televising networks deem it worthy of repetition.

The third-generation Freestyle Libre tells us that manufacturer and distribution firms have received enough positive feedback from consumers that it is a device deserving of repetition.

The third-generation format also tells us that it has most likely been advanced and enhanced from its previous generational kinsmen.

For those unaware of what is meant by ‘blood sugar’ levels: When we eat, our food gets broken down into a sugary substance called Glucose. This substance stays within the blood stream until a hormone called Insulin comes to pick it up. The Insulin bubbles attach to the tiny sugary Glucose particles and help them into the cells of our organs, muscles, bones, etc.

If there is no Insulin or the Insulin available is unable to help the sugary Glucose particles into the cells, then the Glucose just stays in the blood stream and causes all kinds of health problems. This is what is refer to as ‘blood sugar.’

As a Type 1 Diabetic, I believe CGMs, like the Freestyle Libre 3, are life-sustaining AND life-saving medical devices. They provide real-time information that not only improves the burdensome and challenging management of blood-sugar levels, but also alerts you to when these blood-sugar levels are in the “danger” zones while you are busy tending to life’s other demands.

Freestyle Libre 3 release dates – are you one of the lucky ones?

Where is the Freestyle Libre 3 available?

What about availability in the US? FreeStyle Libre 3 has been submitted for approval through the FDA with anticipation of endorsement by September 2022.  Update!!  As of 31st May, Abbott announced FDA clearance.  Not currently available on Medicare and Medicaid varies state by state.  Expected in pharmacies later this year.

**It is important to remember that distributors may be experiencing shipping delays from Abbot Technologies primarily due to the pandemic aftermath.

What’s all the fuss about with the new Libre 3?

The talented innovators at Abbott Laboratories that created the Freestyle Libre 3 were intelligent enough to keep a few of the popular features from the device’s previous versions, and instill them into this generation’s model.

Features including the customizable alarm set-up, 14-day wearability, and of course, the high accuracy blood-sugar readings.

Some new features include:

CGM use should not require qualifying or justifying parameters. If an individual wants to acquire this device, they should not be obligated to obtain a physician’s note. Some may argue that CGMs are invasive and pierce the skin, therefore they are a medical device and require medical approval. While that may be accurate, to a degree, Glucose meters that require a finger stick (also invasive and pierce the skin), do not require a physician’s note or qualifying parameters in order to purchase; they are available over-the-counter. Here are the Pros and Cons:

How does the Libre 3 stack up against its old self and the Dexcom and Medtronic devices? 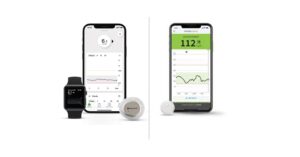 The original Freestyle Libre, or Libre 1, has all of the following features:

Freestyle Libre 3 has all of the features found in the Libre 2 and Libre 1 models. The newer features of the Libre 3 have been stated above

Another very important aspect of a CGM, besides its features, is the level of accuracy in the readings.

How does one determine the ACCURACY of a CGM?

CGMs are evaluated for their accuracy using a mathematical formula known as MARD, Mean value of the Absolute Relative Differences.

To simplify, a CGM system with a MARD <10% is regarded to have good accuracy. Thus, the lower the MARD reading is, the more accurate the device.

The MARD Readings for the Freestyle Libre Models:

The Freestyle Libre CGMs are not the only CGMs available on the market. Another popular brand is Dexcom. Currently, the Dexcom G6 model is the most up-to-date and widely available product from Dexcom within its ‘G’ series.

While the Dexcom G7 model has been developed, there is limited availability for this newer model. As of March 2022, the Dexcom G7 has been conservatively released within certain European countries. The G7 will become more widely available throughout Europe over the next few months. G7’s FDA approval request was submitted at the end of 2021 and is likely to be approved by the FDA by summer of 2022, which will make it available for purchase in the U.S.

The MARD Readings for the Dexcom G6 & G7 Models:

Below are some reference sites regarding MARD measurements, along with accuracy measurements, and gauging effectiveness and safety of FreeStyle Libre devices:

We’re excited to see the arrival of the Libre 3, it’s smaller and has more features and at the same price.  This represents a positive development for the diabetes community. 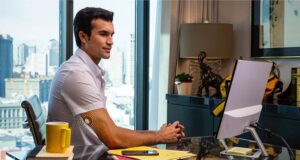